What People Are Saying About the Tales of Splatter Elf

Hey, why not share the nice things folks have said about Splatter Elf? Who’d thunk it?

“It revels in its own ridiculous, over the top vulgarity. It’s not cruel or vile, it’s goofy and gory and gut-punchingly great.”

“The author clearly shows he has a strong mastery of the short form, a deep understanding of the traditional fantasy tropes, and a great sense of the ironic.”

“He has single handedly redefined my notion of Fantasy. I read it last night (stayed up until 1 Am to finish) and am now actively looking for people to share it with. I suggest you do the same.”

“I was instantly drawn into Katzia’s world and remained hooked by the steady string of humorous dialogue and imaginative names for gods, swords, spells and monsters.”

“The characters were again very enjoyable, interesting, and funny in their own unique way. This is incredibly well done.”

“The style is contemporary and approachable but by no means does it come off as having been hastily or lazily written. The humor is a bit dark and I would say can best be described as “British” (think Shawn of the Dead or Hot Fuzz). The humor felt natural and effortless, never forced. While reading it I found myself grinning like a fool and literally laughing out loud.” 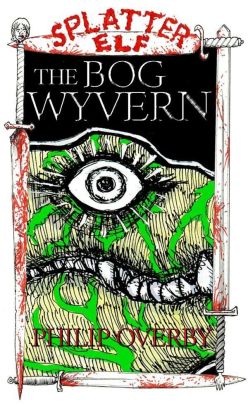 “Don’t miss out on these dark comic tales. if you played D&D with a group of guys and a bunch of beer, you will relate to this big time.”

“Mr. Overby’s weird fantasy continues to be as gruesomely witty as it is imaginatively obscene, but my biggest takeaway from this tale was that the author is cleverly and expertly weaving a much deeper story in the background. ”

“Philip’s work is a bouillon cube to the soup of life. His raw dialogue bleeds real world charm upon pages chocked-full of avant-garde fantasy. ”