With the 30th annviversary of Final Fantasy here in 2017, I thought I’d do something similar to what I did for Darkest Dungeon last year: I’m going to spend one month in March playing Final Fantasy games every day. This doesn’t necessarily mean I’ll beat any of them, but it’ll be interesting to see the pace I keep for each one. Since I’m a retro guy, I’m going to go for the older games for this challenge. In preparation for this challenge, I’ll post my thoughts about each of the games I’ll be playing since I’ve played, if not beat, all of them at some point in my life.

I don’t even remember when I first picked this game up, but it was a life-changer for me. I think I must have saw a friend play it, as that was usually the case. It wasn’t until I was in my late 20s when I beat if for the first time since it’s one of those games you absolutely have to grind in. I vaguely remember trying to do the typical party, Fighter, Black Belt, White Mage, Black Mage and that never working out that great for me. Considering I’m in my mid-30s now, I’m not going to go the easy route. I’m going with a party that will most likely get me killed a shitload in the beginning.

Anyone that has played the first Final Fantasy might cringe at that selection, but I’m going to see how it works out for me. It’s doable, as any party is, even all Black Mages (which I imagine would be kickass in the later part of the game, dire in the beginning).

Considered by some to be their least favorite game in the series, I would have to agree. I beat it several years ago when it came out for PSP and I don’t recall being that excited about it other than that I had scratched another game off my list. This game involves a group of friends, Firion, Maria, Gus, and Leon fighting against the Emperor. The story isn’t bad and it does introduce a concept I quite like in that whatever skills you use, that’s how you get better (later used by Elder Scrolls, sort of). I’m not sure what kind of party I’ll go with this time, but I might try something like this:

One of the few Final Fantasy games I rage-quit, Final Fantasy III was a game I spent a lot of time on with the DS. I got to the end of the game and the final boss kicked my ass so badly every time I tried, I just gave up. And this is one of those levels where I don’t think you can save for a long time before fighting the final boss. So yeah, quit that one. This time around, I’ll probably be more careful with how I level my party up. It’ll be interesting to say the least. Onion Knights all the way? My party will likely aim for once I get all the jobs is this:

This was the game that probably made me fall in love with the series the most back when it was Final Fantasy II for SNES. I used to watch my friend play it a lot and thought it looked so awesome. I beat Final Fantasy IV on PSP when it was re-released a few years back, so I hesitated the most to buy a digital version of it as well. However, for the purposes of the challenge, I’d like to try playing the game again and try to get some of the hidden things and such. You don’t have as much control of your party in this game, so I’ll just roll with whatever I’m given. I’ll just list some of my favorites:

I only have the Playstation One version of this game, so the graphics look pretty dated, but this is another I don’t remember if I beat it or not. I’m pretty sure I did, but my memory is fuzzy on it. It wasn’t released originally for the SNES in the U.S. for whatever reason, but I do remember the game bringing back jobs and that being a cool thing I enjoyed about it. My party for this go-around might be a little different than what I’d normally go for: 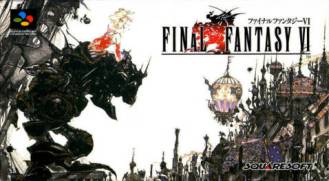 My favorite Final Fantasy of all time, this is one I always look forward to playing and I’ve beaten it a few times I think. Due to the huge cast and ability to customize them however you want with various magic and such, it’s hard to pick who I’d say my main party would be. This is another one I’d just roll with and see what works best. Part of my likes the games that allow more direct jobs, but Final Fantasy VI does offer a lot more variety and mix and match gameplay.

No, I’m not picking Final Fantasy VII. I might save that for another “later entries” challenge since I own VII-X as well. Final Fantasy Tactics is one of my favorite games period, not only in the Final Fantasy series. I’m a huge fan of tactical games like Ogre Tactics, the early Fallout games, and the D&D Gold Box games, so it’s always fun to go back and play FF Tactics again. I have the War of the Lions PSP version, so there are the added cut scenes, but I’m not sure what else is different from the Playstation One version. I tend to go with mixed parties on this game as well, but I’m thinking of trying to not just make Ramza a Ninja like I always do. Let’s try something different!

So that’s my plan for March. I’ll play a little of these games each day and then give slight updates weekly on my blog. Should be another wild experiment that will sap my time. Yay!

What are some of your favorite Final Fantasy games? Share in the comments!