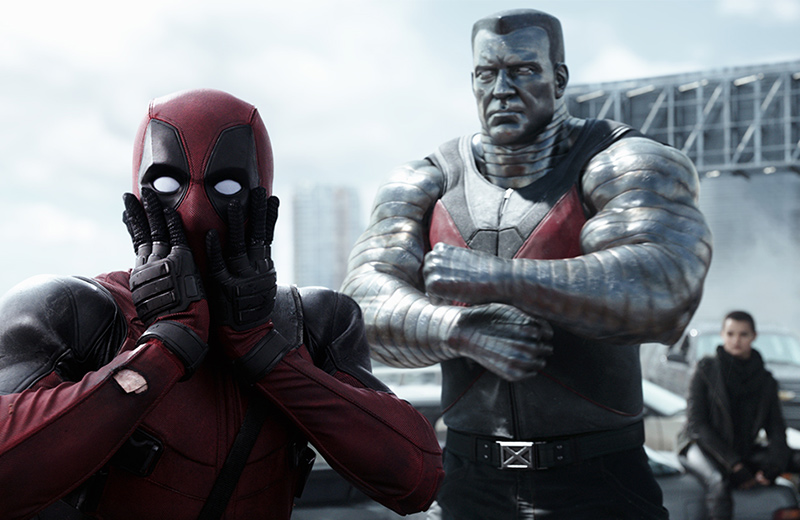 A new term I’ve seen a few times and needs to become a thing is GDAF (Grimdark AF). From what I’ve gathered, it can be something ridiculously dark, cutsie dark, or darkly bizarre/black humor. An offshoot of the nebulously defined Grimdark subgenre, GDAF can be a next evolution in the genre of dark fiction, tongue firmly in cheek, or it can just be a fun word to throw around. Whatevs. I’ve always found dark humor funny mainly because the world is simultaneously a beautiful and effed up place, so why not embrace it?

As I started thinking about GDAF, some various things in internet culture, movies, etc. came to mind.

Of course, I’m thinking of the three categories I mentioned before:

B. Cutsie dark-some element of the dark combined with something usually cute or fun

C. Darkly bizarre/black humor-humor that is extremely dark or goes into the realms of the weird

Zombie unicorns are actually quite popular and were the inspiration behind my first Splatter Elf story “The Unicorn-Eater.” A quick Google search shows that many people enjoy taking usually happy imagery and making it horrifying. In this case, I’d say the images below encapsulate Category B: Cutsie dark.

Deadpool shocked many people around the world when it broke all sorts of records and kicked the superhero genre in the teeth. Since then, I’m sure people in the movie business are clamoring for more dark humor in their superhero movies. Deadpool did it so well, it’s hard to imagine anyone will come close to recapturing its brilliance. However, I’d say this goes in Category C: it amps up the dark humor to 11 and winks at its self-awareness.

No one moans about seeing waves of political posts more than I do. However, I understand it’s something people like talking about so I just ignore it and keep scrolling on the old social medias. I would imagine there are a lot of people that look at the upcoming American election with disdain or a bad taste in their mouths. That’s why Cthulu 2016 started popping up. It’s a Category C kind of deal.

I discovered the genius of Rick and Morty and their send-up of almost any tropes that exist in all of speculative fiction. The episodes start off relatively simple sometimes but spiral out of control fairly quickly before you have some chaotic horrorscape exploded onto the screen. The animation is relatively cute (except when it’s not), so I’d put this in both Categories B and C. This is also my favorite show ever right now. Enjoy Ants in My Eyes Johnson.

I enjoy metal bands that relish in the awesomeness that can be metal when it doesn’t take itself too seriously. I love serious metal as well, but there’s nothing like a goblin going to work and screwing shit up to make me laugh. And the music is epic as well. Of course dressing up like trolls and elves is also cool. 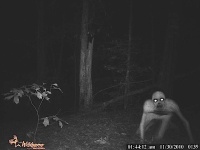 This would go in the Category A. A lot of Creepypasta out there, including Slenderman, Jeff the Killer, Smile Dog, and The Rake (pictured above in all his splendor), has some horrific backstory and is enough to make your hair stand up on end. The fact that some of these backstories are so unflinchingly dark makes them sometimes GDAF.

Everyone loves a good meme now and again and some of the ones people create after some big event in a usually dark TV show gives light to the fact that people that enjoy dark shit also enjoy dark humor. Category C all the way for the Game of Thrones memes above.

And of course there is cross-over, like this The Walking Dead/Game of Thrones mash-up below.

Then there’s the bordering on trollish memes that accompany the death of a beloved character. It takes what was an emotional moment and makes light of it. Some might get offended or upset, but the main idea is that some fans enjoy a good laugh after the ill effects have worn off. Category C, baby!

8. Superjail!, Metalocalypse, Korgoth of Barbaria, and Other Adult Swim Programs 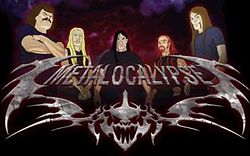 Some of the best dark fiction comes in the form of animation. The three above, Superjail!, Metalocalypse, and Korgoth of Barbaria all take elements of various tropes and make them ten times bloodier and a hundred times funnier. For fans of over-the-top action, funny dialogue, and dark AF humor, these shows all snap the funny bone in half and suck out the marrow. Category C for all of these.

How cute! Super Meat Boy, despite his cute exterior, is constantly being splattered all over the screen. These hell platformers often take punishing elements of old NES games like Ninja Gaiden or Contra and ramp up the difficulty until your nose bleeds.

Rogue Legacy is another game with a friendly exterior that kills you over and over again, only to play as your increasingly hilarious descendants with their own quirks. Dying has never been more fun!

And Slain: Back from Hell was played on the Splatter Elf Youtube channel in which Grim Gozzoth died many times. The awesome heavy metal theme, demons and blood galore make this game GDAF. Some Category B and C.

Now let’s talk about Dark Souls. Nothing is funny about Dark Souls whatsoever unless your idea of funny is being killed repeatedly for your stupid mistakes and punishingly hard difficulty. However, it’s GDAF in Category A. This game takes itself very seriously, but the bosses and monsters are so over-the-top you can’t help but say FFS.

I mean, look at this sampling below from the first Dark Souls.

Gravelord Nito is a big ass skeleton god or something. And he’s made of skeletons. Yeah.

Here’s the Bed of Chaos. I don’t even know what the hell this is, but it’s called the Bed of Chaos and I’ve never reached it in the game. I’ve seen plenty of people get killed by it on Youtube though.

And of course, The Gaping Dragon, which is…um…I have no clue.

Here we have a Category B. I’ll let the picture speak for itself.

And then there’s this. Commitment, people, commitment.

If anyone watches anime, you know some of it has a penchant for being either have a shitload of cuteness or insane action. Below are some samplings of different categories of GDAF.

Nothing really funny at all about Berserk, but it’s so insanely dark that I couldn’t help but include this. I mean, this anime made me love anime back in the day just because Guts was massacring people left and right. And there’s weird ass demons. Category A.

I’ve actually never seen this, but I’m aware of the manga. It’s a pretty funny concept: a ridiculously overpowered superhero that is bored of fighting unchallenging enemies. Let’s put this in Category C.

And, shit, if you’ve seen Attack on Titan, you pretty much know that it’s one of the darkest anime out there. Giants eating people by chewing off their heads is about as dark at it gets. Category A.

All in all, this might not become a “thing” but I think there is a definite audience for GDAF in all aspects of our lives. If you’re into the unrelentingly dark, the cutsie dark, and the bizarrely humorous dark, then GDAF might just be your cup of tea. With no milk of course.

If you’re interested in what writer Dave de Burgh recently called “GDAF” you may enjoy my Splatter Elf series available on Amazon.com. Cheap plugs can also be GDAF!

The latest is the novella, One Goblin Army!

What is GDAF to you? Share what you think is GDAF in the comments!