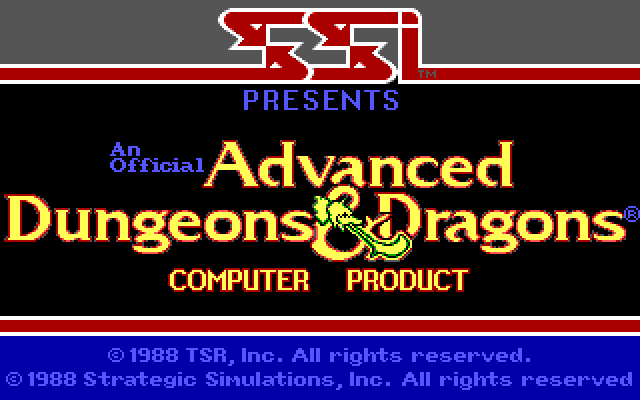 I did my RPG Explosion Challenge in the month of August. The basic idea was to play through old school Dungeons and Dragons computer games, but only play them until I either:

a. had a total party wipe aka died.

b. finished the game.

I didn’t finish any of the games.Period.

However, I did learn several things about myself, the evolution of games, Dungeons and Dragons, and how hard it is to actually make quality videos. So let’s talk about all that happy shit, shall we?

1. The Pool of Radiance Series is Hard AF 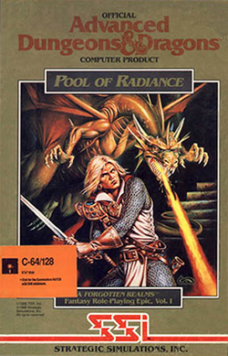 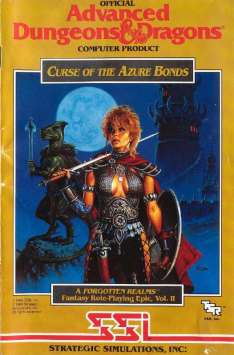 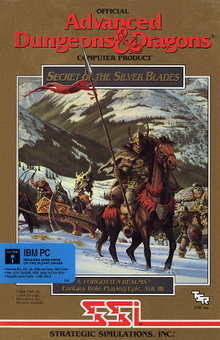 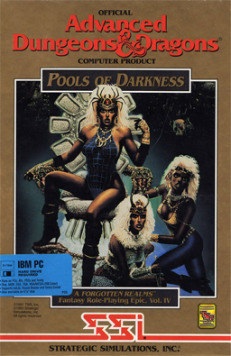 I challenge anyone to try to play these games again, or for the first time, without dying very early on. Granted, I screwed myself a few times by making poor decisions, but the original four games, Pool of Radiance, Curse of the Azure Bonds, Secret of the Silver Blades, and Pools of Darkness all killed my party very early on. One thing that was evident is that if you modify your party max out stats, you will get attacked by bigger random mobs. And this will kill you. Quickly.

While games like Dark Souls have brought challenge back to video games, these original PC games could be pretty unforgiving. But that’s also one reason I liked them.

2. Actually Role-playing Can Be Loads of Fun…but Gets You Killed

I had a paladin in my party. Therefore, anytime I came across something he perceived as “evil” he fought it. He also wouldn’t run away. He was one of the first to die in almost every game.

I had a Chaotic Neutral wizard named Goatscream that would just run around and randomly do things at times. He blew himself up with a fireball once. He also went toe-to-toe with a hill giant and got flattened.

This is all fun when you’re playing games that don’t really require actual role-playing. But I got killed due to staying loyal to my characters.

3. Trying to Make Playing These Games Entertaining Can be Nerve-wracking

I integrated my Grim Gozzoth character, a foul-mouthed, weird goblin that makes random noises into my gameplay. At times when things were slow, I found myself struggling to keep the video entertaining. When you’re literally walking in circles it can be tough to maintain any sort of entertainment value for a viewer. I think if it was just me as myself playing these games, it would probably be dry as old shit. There’s a reason people like Pewdiepie are successful: they’ve figured out what their audience likes, they try new things, but they always amp their personalities up.

4. Making Videos Gets Easier but Still Remains Something I Don’t Completely Understand

Sure, anyone can make videos with a little time and the right software. However, making videos that people actually want to watch (see Number 5) is something altogether different. I’m sure there are ways I could enhance the video quality or jazz it up more, but I’m not fancy enough for that yet. There are people that do all sorts of cool edits and use special logos and shit, but again, I’m leagues away from that as of yet. I’ll keep trying or bash my head against the keyboard doing so.

5. Getting an Audience for This Type of Thing is Tough

Playing D&D games from the 80s and 90s might not appeal to a wide base of fans. I’m not playing Minecraft or the current most popular game out there. So building an audience that stays through the process isn’t easy. There’s the idea of making lots of content that can appeal to more people, but it’s a lot of trial and error. The biggest viewership I got was for my first video for Pool of Radiance. I think this was mostly just because people were curious about it. The later videos didn’t even get out of single digits. Which I think is too bad because I got better at doing the videos as time went on. That’s sort of the conundrum with making videos: you might start out shit, but it’s hard to build a viewership if it’s not awesome right out the gate.

6. This Was a Gateway Drug into a Video Creating Addiction

Speaking of gates, I made a lot of videos since doing this challenge. Not just video games, but doing readings on my Splatter Elf channel like I intended to do from the beginning. When I first started it, I want to have my channel be used for things I liked, sharing my stories, and whatever else I thought would be good. Yet I found myself struggling to make the videos because I didn’t have software conducive to a beginner. Now that I have the awesome OBS Studio, it’s made making videos a lot easier. I think I made about 20 videos or so in the span of two weeks. That shit’s crazy.

7. Dungeons and Dragons is Life

I haven’t played D&D as much as I used to, but playing these games not only kicked me right in the nostalgia, but also made me realize that I love Dungeons and Dragons and the worlds that connect to them (Forgotten Realms, Dragonlance, etc.) On The Grim Tidings Podcast we got to interview R.A. Salvatore and Richard A. Knaak, both writers who got me into reading fantasy from a young age. Playing these games just made me embrace my undying love for D&D even more.

Something that a lot of gamers might claim is that gameplay is always more important than graphics. I’m not sure that’s completely true, but in the case of these games, the gameplay is fun, engaging, and challenging. With retro gaming and pixel art becoming more popular, we can see that gameplay is definitely on the rise. There are big budget titles with amazing graphics that get blasted by critics and gamers alike. There are some genius indie titles coming out these days that use pixel art and I’m inclined to focus a lot more on those types of games going forward.

9. Editing Takes Hours and is an Art Unto Itself

This one took a while because I suck.

Editing is not easy. While my videos were sparsely edited (you can tell), the edits I did do took a lot of time. The precision required to make an edit work the way you want it might require dozens if not hundreds of tries–in my case dozens. I have the utmost respect for people who can edit videos in mere hours. You are champions of the world.

The games I played during this challenge were mostly games I had purchased and never got around to playing. This challenge gave me an excuse to play them. Yet again, these kind of challenges can lead to more and more purchases. Since I started this challenge, I’ve probably spent about another 100 dollars on new games. Games I hope to play and video later on. I had no intention of doing this, but there we have it. If you plan to get into making videos of games, plan to empty your damn wallet.

Throughout my challenge, Mimi Mirrors, my sometimes gnome, sometimes dwarf, sometimes halfling multi-colored cloak wearing fighter/thief, was my regular MVP of every session. She was consistent in hitting enemies and in several playthroughs was the sole survivor at the end. I doubled up with both Yamagata and Jack Faraway, who added even more archery power. Basically, if you plan on playing these games, get archers. They will make you happy.

That’s all for this challenge! I may do some others in the future, but for now I’ll continue to play the games I planned to play but at a slower pace. I’ll also be putting up more videos of different kinds of games, so keep an eye out for those.

What are some games you loved in the past that you’d like to go back and play? Do the games hold up? Please share with me in the comments!