I hit game pay dirt on my latest trip to the U.S. This is one reason I didn’t post anything to the blog in February. I was too busy gaming like a maniac. I haven’t played that many games in a long ass time. It was my first foray into this new age of games that I missed out on. Mostly this influx of cool board games and card games that don’t require a Doctorate in Game Rules to understand. In addition to having a blast, it has lit a fire under me in regard to game design, something I’ve always been very interested in. I’m not sure where to start, but I’m growing more fond of designing card games and seeing what comes of them. So without further rambling, here’s a list of the games I played on vacation and what I think of them:

Betrayal at House on the Hill 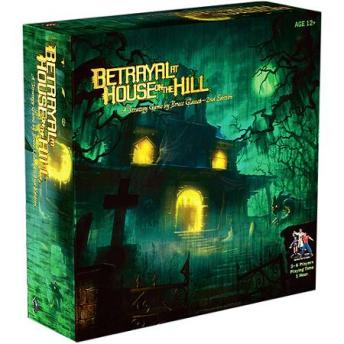 The game so nice we played it twice. This game is a great concept: a bunch of folks investigate a weird house and try to prolong the inevitable “Haunting” which casts one of the players as the Traitor, a monstrous individual that hunts down the remaining players. The game was pretty easy to figure out, but had several components to keep up with. I particularly liked the Haunting section of the game because it gave tension and mystery to an already dangerous play style. Highly recommended but for a bigger group for maximum fun (maybe 5-6 players).

Those who know me are aware that Street Fighter has been a big part of my life for many years. I kicked ass with Ryu since my teenage days so it was cool to play a card game based on this world. The game was easy to figure out and had lots of interesting features, including the ability to use an awesome special that screwed over the other players. For fans of Street Fighter, this is a good introduction to card games that use resources and some strategy. 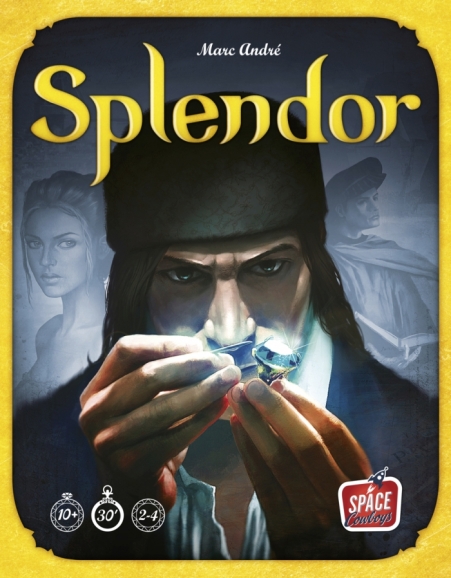 Another relatively easy game to figure out, Splendor is good for a quick play when you don’t have a lot of time and want a simple resource game. It’s not super exciting, but does involve some strategy and thinking in order to outsmart your opponents. You can run a game in about 20-3o minutes, so it’s good for that purpose.

A game I’d been wanting to play for years, I got my first taste of this weird, wacky game on my visit. It’s the kind of game for anyone who has ever played and loved RPGs and is easy to figure out. The more players the better, but you can feasibly play with 2 or 3. It’s fun to build up your characters with strange items and throw insane curses at your “friends” (who might not be your friends afterwards). This game is a must-have for anyone that is interested in building a card game collection. 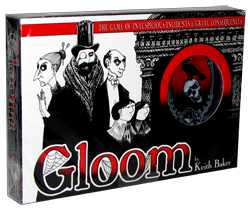 People that I played this game with often remarked on how bizarre it was. I find that to be a good thing. When the object of the game is to give your family the most horrible lives possible before their eventual deaths is a strange concept, but it works on multiple levels. The clear cards that play on top of each other is a nice design concept as well. The game takes some getting used to, but is extra fun due to the storytelling component, something I always enjoy in games.

While this game looks overwhelming on the surface, it takes a few turns to get the gist of it. In Lords of Waterdeep you take the role of one of the “Lords” that buys up property and resources in order to kick everyone’s ass. It’s hard to explain all the intricacies of this game, but I definitely enjoyed it. Fun for those that have played D&D before and like strategy. 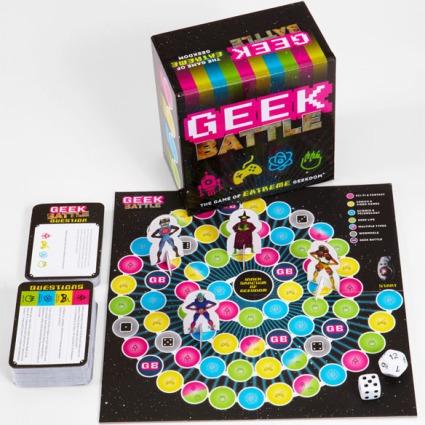 This game was basically like Trivial Pursuit but for geeks. I liked it a lot, but some of the more “science-y” questions were beyond my scope. Good for a quick game with some fellow nerds.

A game I picked up mostly for it looking easy to play. It is easy to play and is pretty fun to boot. I can see families playing this fairly easy. It also reminds me of games like Phase 10 that I played with my grandma back in the day. The combination of dice and cards is nice and it allows for more tension to gameplay.

One of the last games I played on my trip and one of the more involved ones. I wouldn’t recommend this one for new players or to introduce someone to board games, but for veterans, it’s a fun game with lots to keep track of. The zombie threat didn’t seem apparent in our first playthrough, but I imagine with future sessions it would feel more looming. My mall Santa character got frostbite a bunch of times.

So that’s it! Loads of little short reviews of all the games I played on my trip. I’m hoping to become more invested in board games and card games in the near future as I had a blast playing these. Special thanks to my pals (you know who you are) that helped facilitate this gaming extravaganza!